L’ANTICO POZZO, ROMANTIC HOTEL IN SAN GIMIGNANO
l’THINK OF BEING ALREADY HERE … IMAGINE THE FEELING OF EXPERIENCING THE MAGICAL ATMOSPHERE OF SAN GIMIGNANO FROM A RELAXING AND ABSOLUTE COMFORT PERSPECTIVE

HISTORY, TRADITION AND CULTURE OF A PLACE
LOVELY MELTING WITH MAGIC AND LEGENDS

Those who have already visited San Gimignano will certainly have been impressed by the great component historical and traditional of a charming and characteristic village.
Despite the many historical finds, monuments, local crafts, cuisine and traditions, in fact, San Gimignano is also a legend: together we discover the most beautiful ones.

San Gimignano and the fog …
The origins of San Gimignano date back to the distant year 929, during which Hugh of Provence donated to the Bishop of Volterra, who was probably called Gimignano, the mountain called Della Torre. The new owner, frightened by the impending barbaric invasion, caused a thick fog to descend on it to being able to save him and in fact, it is said that in this way he had the best against Tatila. 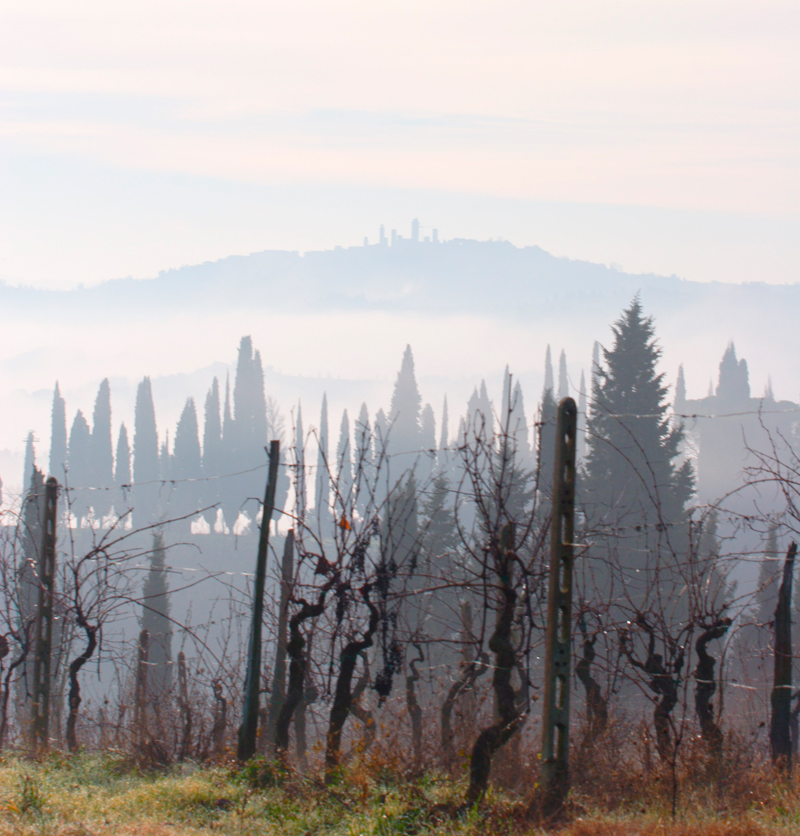 Santa Fina, today’s patron saint of San Gimignano, lived in the distant year 1200 in a humble and decorous way, inside her small house, which you can still visit today going up Via del Castello from Piazza of the Cisterna.

Her only leisure was to go to Mass and one day, on her usual return, she met a knight who gave her an apple.
Convinced of having fallen into sin, Fina, self-inflicted an exemplary punishment : she had to live motionless on a wooden table in his cellar.
Shortly before she died, she was tempted by the devil, but she was able to resist invoking the protection of San Gregorio. On the day of her death the church bells began to sound autonomously and some yellow flowers to bloom near the village, which still today continue to characterize San Gimignano and lead just the name of “flowers of Santa Fina“. 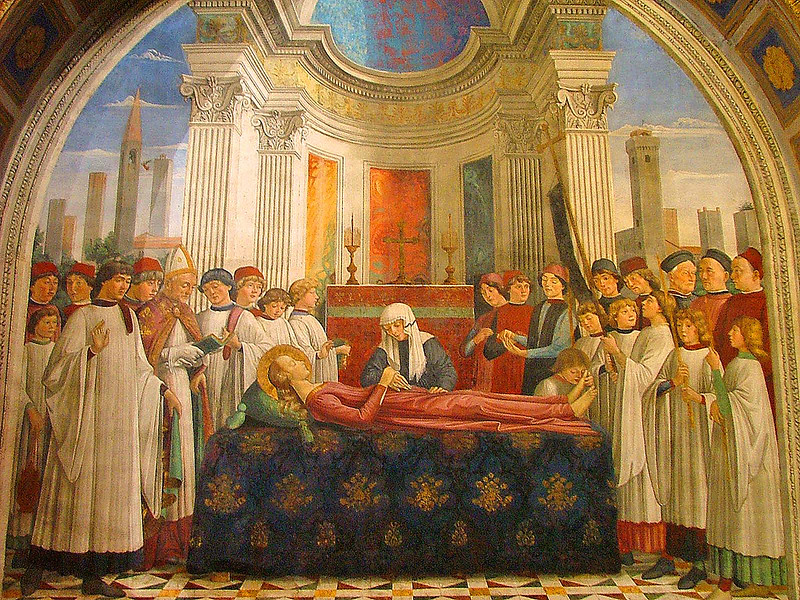 The Devil’s Tower
Among the towers of San Gimignano that have survived the passing of time, the Devil’s Tower is surely the most famous one, thanks also to the popular virtual game Assassin’s Creed.

This construction is linked to a very particular legend that sees its first owner absent for a long business trip. On his return, however, he noticed that something had changed: the tower had assumed a higher dimension without him having planned work and without anyone being intervened in this regard.
In order to be able to give an explanation, the owner became convinced that the rise of the tower had been a deed of the devil and today the very highest part takes on a sinister aspect esoteric due to the presence of very protruding shelves to the outside.

In short, as you may have understood, visiting San Gimignano is not just a unique experience for regarding the real history and culture of the place but also for this halo of legends and mysteries that there gravitate around. What are you waiting for to book your holiday in San Gimignano? We are waiting! 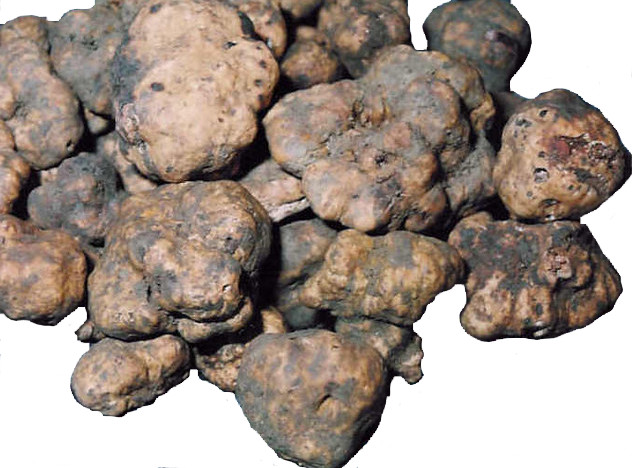 TYPICAL PERFUMES OF OUR REGION

The truffle on our tables
The truffle is an excellent versatile ingredient and appreciated by most palates, able to garnish many types of dishes of our Italian cuisine and also, in this case, of the Tuscan one.
Coming to visit San Gimignano, in fact, in addition to the many cultural experiences that you can do, you will also be able to taste succulent menus of our tradition, sometimes garnished with the inevitable truffle.
You may be wondering why Tuscany loves this ingredient so much. Well the answer is simple: in this region it is possible to get more than 25% of the national truffle production every year and this is why it has become a fundamental and characteristic element of our cuisine. 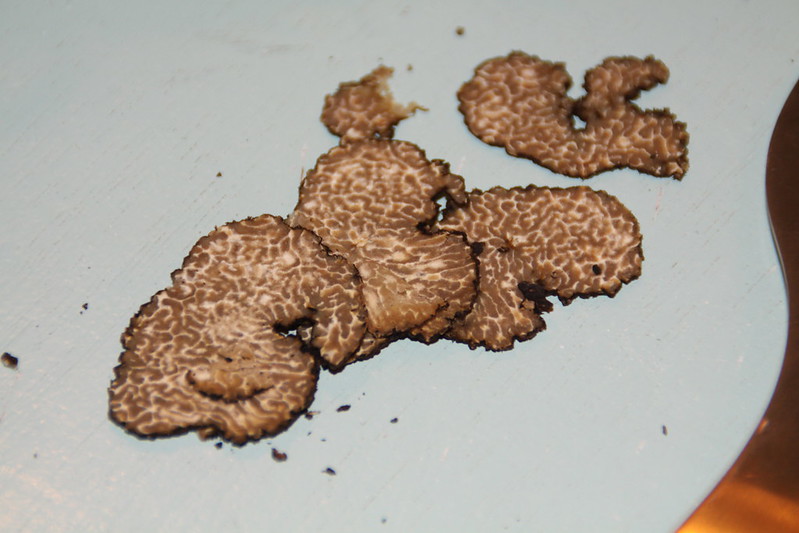 White or black it doesn’t matter: in Tuscany there are many typical and tasty dishes sometimes enhanced by one and other times by the other type without distinction of any kind.
If you have booked your stay in San Gimignano during the autumn months you will not be able to avoid tasting some dishes of this type and attending events and truffle festivals in person.
Here are the best truffle festivals in Tuscany
Among the many manifestations of this kind we can remember the most important:
In Volterra Volterragusto returns every October and November, an event entirely dedicated to the local white truffle.
In San Giovanni d’Asso every November you can attend the White Truffle Market Exhibition in the Creste Senesi.
In San Miniato, for as many as 3 consecutive weekends during the month of November, it will be possible to attend the National White Truffle Market Exhibition, with over 120 exhibitors who will present the best Italian and Tuscan gastronomic excellences, also using precisely the truffle.
If you intend to visit San Gimignano, don’t forget these appointments. In addition to being able to savor new, traditional and truffled flavors in one of the many quality restaurants in the historic center, you can reach some villages or neighboring towns to attend one of the festivals aimed precisely at truffles.
Also remember that the truffle and consequently any dish enriched with this ingredient will reach perfection even more if accompanied by a traditional wine from San Gimignano or anyway from Tuscany.
Obviously, in addition to these interesting experiences you can plan many other activities such as, for example, a walk in the historic center, around the towers, a visit to the civic museums or in one of the many craft shops that survived the passing of time.